Ontario is bear country – learn from these hair-raising videos

Despite her co-workers’ attempts to drive the animal off, an outdoor worker was mauled to death by a black bear in Alberta. With this fatal attack, Ontario workers need to be mindful of similar bear dangers when working outdoors. Ontario is bear country and from spring until October is prime time for bears to forage. These large and hungry creatures spend nearly all their waking hours in search of food.

What attracts bears to your location? 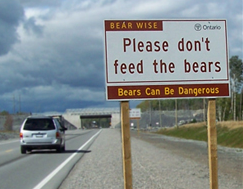 Chances are you live near bears, and according to the Ministry of Natural Resources and Forestry (MNRF), the leading causes of bear problems are residential garbage, food smells (including dirty barbecues), and fruit trees. Simply by leaving pet food out at night, having food residue on your barbeque grill, or storing household garbage in poorly sealed containers, you could be inviting bears to forage for leftovers.

Highly intelligent, bears easily learn where food sources can be found and use their keen sense of smell to seek them out. Bears will travel more than 100 kilometres to a known food source like a berry patch or a stand of beech trees, and return to these same locations year after year, according to the MNRF. Bears are always looking for new food sources, including your garbage or the contents of your cooler. Once they determine that food can be found at your house or campsite, they will revisit again and again.

The presence of bears in camps or worksites presents an immediate danger to workers and also compromises the bear’s natural instincts to look for food in the wilderness. The prospect of an easy meal is hard for a bear to resist; and if your worksite inadvertently provides this, you’ll soon have an unwanted and dangerous guest on your list of visitors. Once a wild bear makes the transition to nuisance bear often the only solution is to have the bear destroyed or relocated. Deterring the presence of bears is beneficial to both humans and bears.

How to work safe in the field

Worksites and camps located in remote areas should have a program in place to deter bear encounters that includes:

o  Bear spray, whistles and/or air horns provided to workers
o  Working in a group or in close proximity to other workers
o  Where possible, avoid carrying food and eating outside of camp or a vehicle
o  Make noise when travelling through the bush on foot 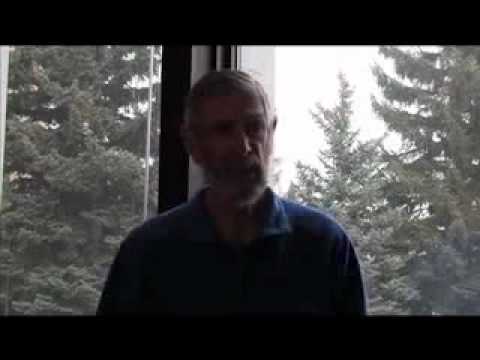 Reminder: What to do if you encounter a bear

Some encounters may be more dangerous than others, so it's important to recognize the signs, and know what you can do to protect yourself, warns the Ministry of Natural Resources.

Know the language of black bears:

If you by chance encounter a black bear it may:

Generally, the noisier the bear is, the less dangerous it is provided you don’t approach the bear. These are all warning signals bears give to let you know you are too close. When bears are caught off guard, they are stressed, and usually just want to flee.

What to do – Surprise and close encounters:

Black bear attacks are extremely rare. A black bear may attack if:

What to do if an encounter results in an attack:

Although experts say the majority of black bears are frightened by humans and avoid contact wherever possible, there are still rare predatory attacks of which outdoor workers need to be aware. From a Yukon mineral exploration worker who unknowingly walked past the den of a mother bear and her cubs, to a New York toddler sitting in a parked stroller near the family cottage, a Wikipedia list of North American bear attacks emphasizes – regardless of age, gender, and activity – the importance of remaining alert and prepared while outdoors in bear season.

North America is home to about 750,000 black bears and an average to two people are killed each year. Here are some hair-raising videos that will give you an idea of the rare predatory, stalking behaviour to look out for. 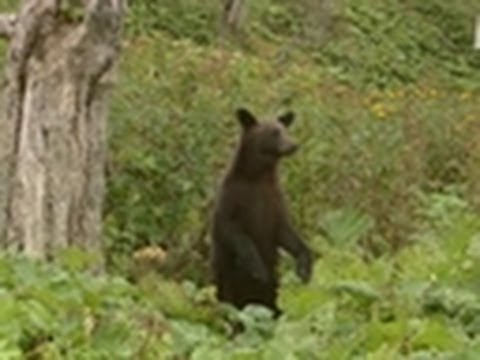 Beware of predatory black bears – Extremely informative and helpful video with University of Calgary professor discusses new study of fatal black bear attacks in North America and patterns of behaviour that can alert you to potential attack.