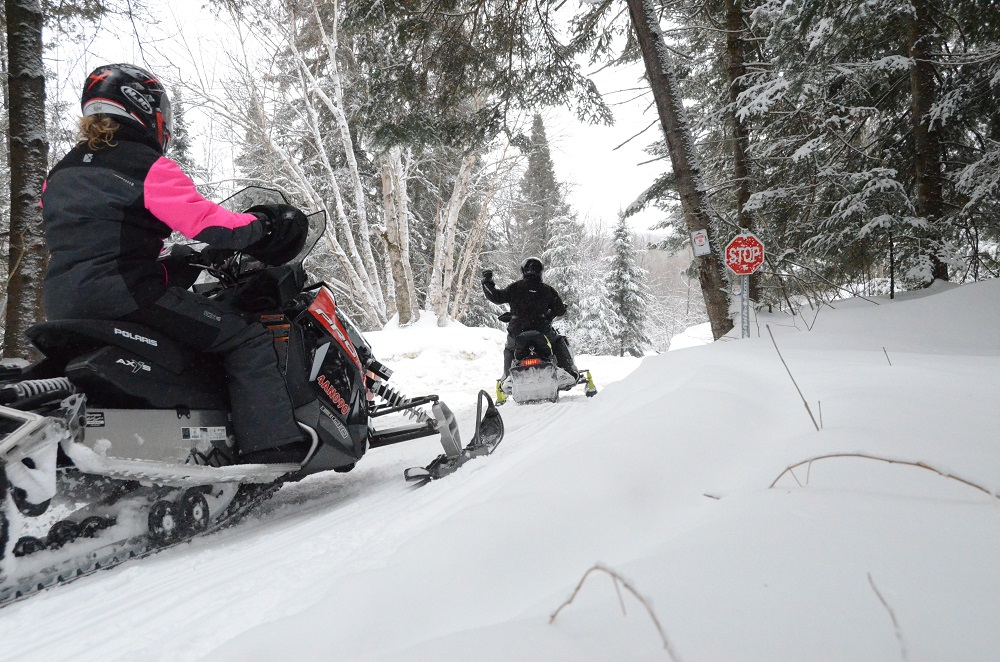 In March 2017, an Ontario snowmobiler died after colliding with a logging truck on a bush road. The Ontario Provincial Police reported that the deceased was travelling northbound along the road with a group of sledders when they encountered a southbound logging truck at a curve.

The first snowmobiler navigated the curve safely, but the second one crossed in front of the truck; the truck driver tried to avoid the collision, but the sled collided with the trailer, and the snowmobiler was transported to hospital where he was pronounced dead.

During the 2016-17 season, the Ontario Ministry of Transportation Annual Report states 26 drivers and two passengers were killed in snowmobile collisions, and almost 300 people - drivers, passengers, and pedestrians - were injured.

This instructor-led webinar recording 'Safe Driving on Forest Roads Recreation' covers tips for all aspects of driving safely on forestry roads – including the right personal protective equipment, a circle check to make sure your ride is ready to roll, safe driving practices, and how to load and unload a snowmobile from your truck or trailer.

Industrial logging roads in northern Ontario are built, used, and maintained, to a high degree by forestry firms, but because almost all of the roads are on Crown land, the companies have made significant efforts to identify designated snowmobile crossings, active logging areas, and their related dangers to workers and the public; other industrial road users include mining companies, rail and telecommunications companies.

The workshop reviews the hazards of driving snowmobiles on forest roads. It covers the unique physical nature of these roads, how to drive safely on them, and how to prepare a snowmobile and driver for travelling on them. The workshop describes defensive driving techniques as well as general safety principles for driving on forest roads.
The workshop material covers the following topics:
Related
Ontario safety training for people accessing forest roads
Tips for safe winter driving on logging roads
Winter is coming: What to wear for outdoor work
Safe Driving on Forest Roads 1-hr Recreation Workshop (E-learning)
Safe Driving on Forest Roads half-day workplace safety training - Classroom or E-learning
Tags:
Community
All Workplaces
Forest Products
Mining
MVIs