Goldcorp Canada Musselwhite mine tops in Ontario Mine Rescue competition 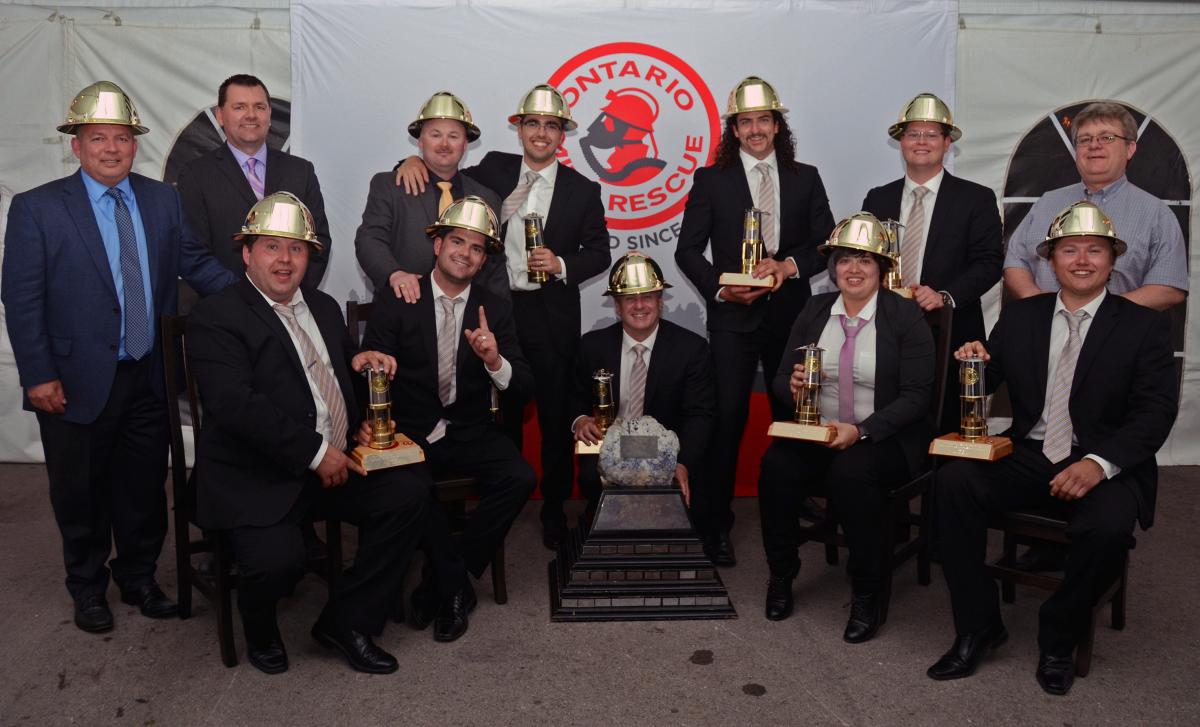 Mine rescue volunteers from Goldcorp Canada Musselwhite Mine earned more than gold hard hats from Ontario Mine Rescue, a part of Workplace Safety North (WSN), as the overall winners of the 68th annual Provincial Mine Rescue Competition in Goderich, June 7 and 8.

Goldcorp Musselwhite Mine, a fly-in/fly-out mine approximately 480 kilometres northwest of Thunder Bay, also won the Firefighting Award and the Special Equipment Award. The team won the Red Lake District competition in Red Lake in May.

Ron Weaver, mine rescue technician for Vale Canada, West Mines in Sudbury won the award for top technician. Weaver won the Sudbury District competition in May.

During this week’s event, seven teams from across Ontario, selected in district competitions, were evaluated on their knowledge, firefighting skills, first aid response, use of emergency equipment and decision-making ability under stress in an underground simulated emergency at Compass Mineral’s Goderich Mine.

During the two-day event teams answered a “mutual aid” call from the Goderich Mine, responding to a series of emergency incidents. The teams, most from hard rock mines getting their first taste of soft rock mining, were accompanied by a guide from the Goderich mine rescue team, as incidents were spread over the expanse of the world’s largest operating salt mine, which stretches six kilometres out under Lake Huron, 1,800 feet underground.

The incidents included a worker who had fallen 20 metres from a catwalk to the top of a 30-metre stockpile of salt; a miner suffering a broken leg on a walkway at the top of a two-storey bin of salt; and a driver thrown and pinned to the ground by his forklift when it was struck and overturned by a haultruck. During the activities teams had to fight a fire, and faced a startling, simulated methane explosion.

Mine rescue competitions, which started in 1950, are as much intensive learning opportunities as a chance to test emergency response capabilities. The competitions ensure that mine rescue volunteers across the province are trained to the same high standards.

Mine rescue team members, the backbone of Ontario Mine Rescue, are volunteer mine workers trained by Mine Rescue Officers to respond to all types of mine emergencies including fires, explosions and falls of ground.

Ontario Mine Rescue is a part of Workplace Safety North, which provides products and services to promote workplace health and safety in the mining, forestry, and paper, printing and converting industries, as well as workplaces across Ontario.