Have your say: Public consultation on Ontario labour and employment laws 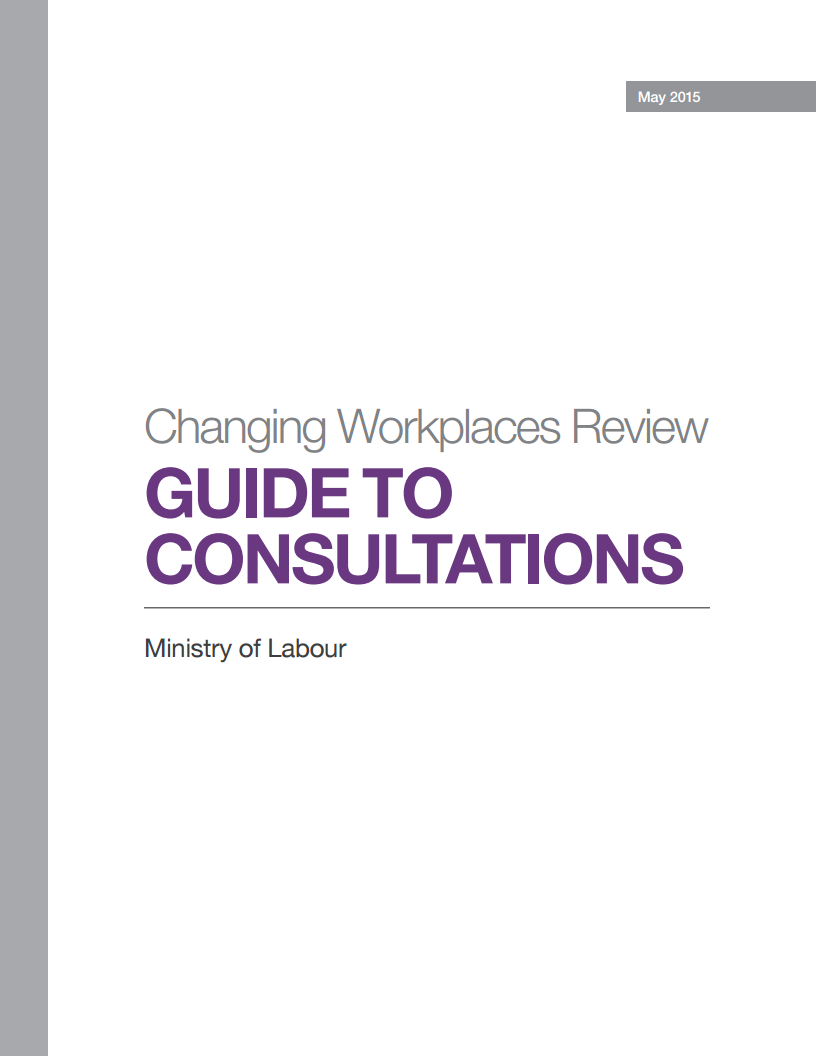 Ontario is moving forward with The Changing Workplaces Review, a public consultations on issues and trends that affect workers and employers across the province in the modern workplace.

Public consultations about how the Labour Relations Act,1995 and Employment Standards Act, 2000 could be amended to keep pace with the changing needs of workers and employers will begin on June 16th in Toronto and will continue throughout the summer in communities such as Toronto, Ottawa, Mississauga, Guelph, Windsor and London.

"It’s important our laws reflect the realities of the modern economy," says Kevin Flynn, Minister of Labour, "and that’s why we’re consulting with people in communities across the province and reviewing our legislation."

Led by special advisors, the consultations will cover a range of topics including:

Public consultation meetings are scheduled from June to September in 10 cities across the province, including Sudbury and Thunder Bay.

Read the Guide to Consultations