Kidd Mine rescuers tops in Ontario 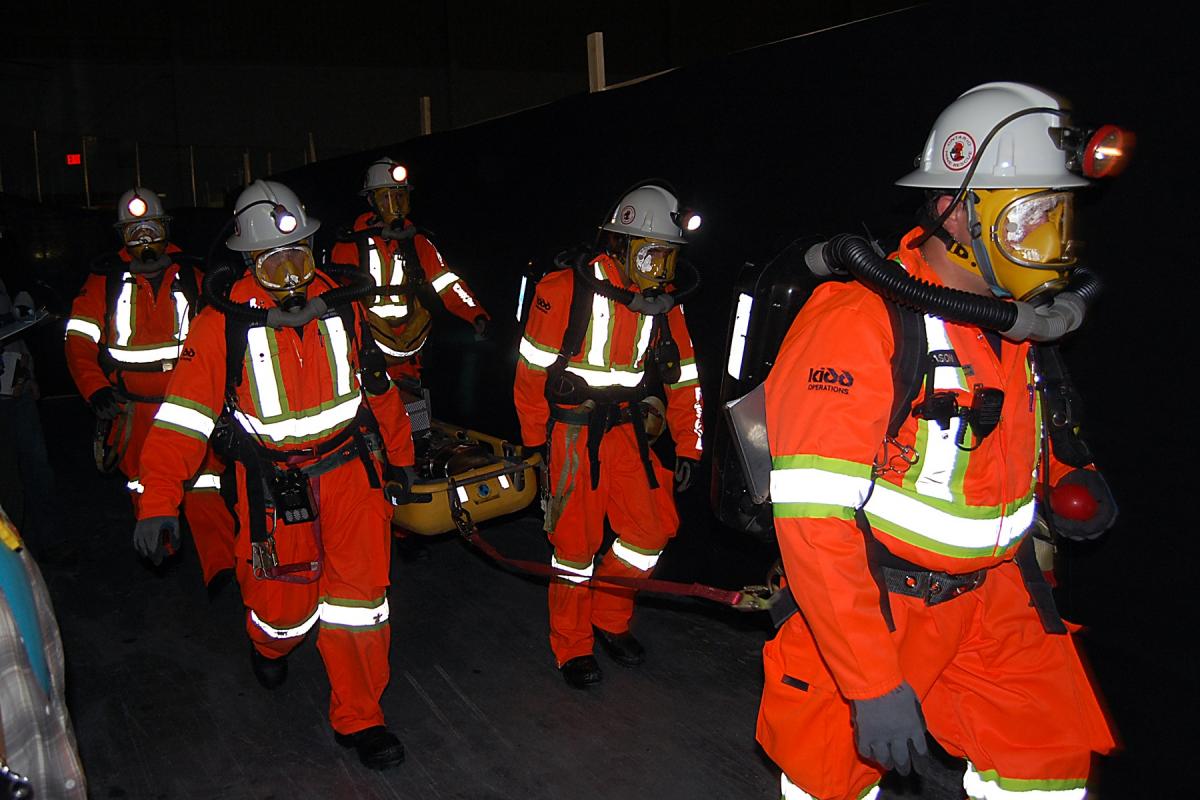 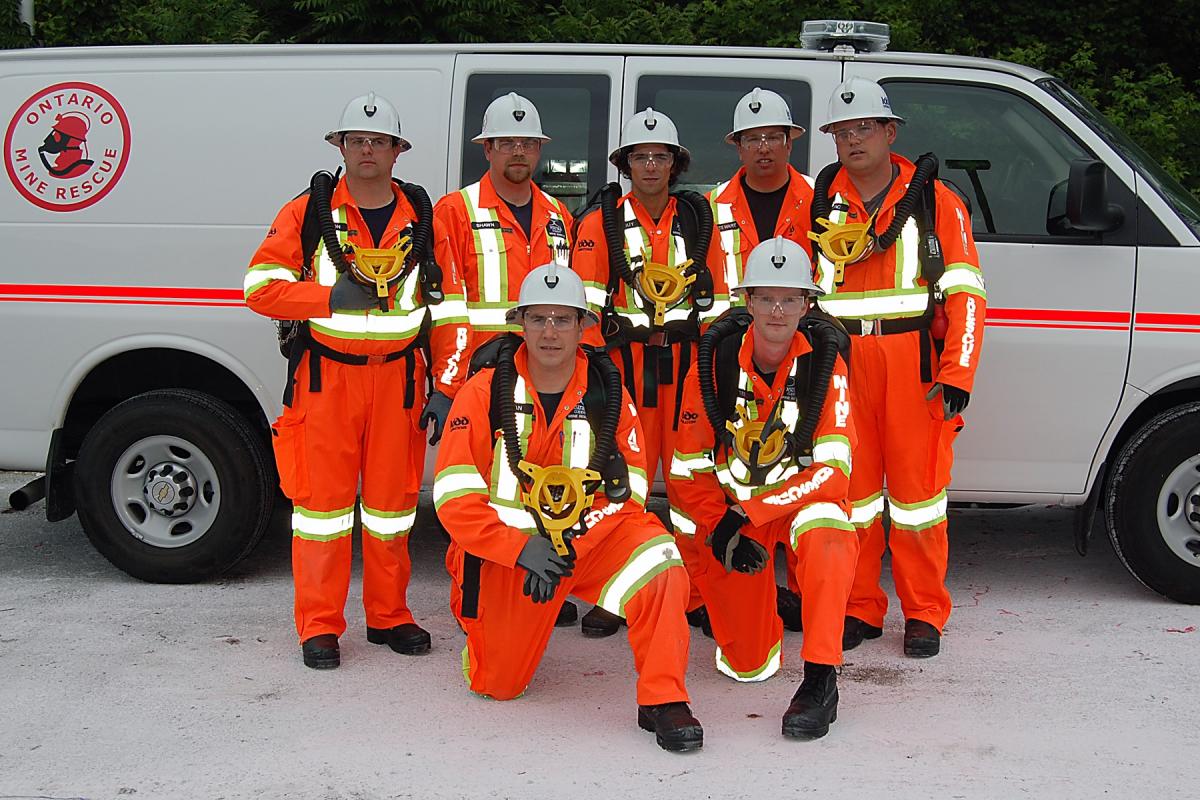 Seven competing teams from across Ontario, selected in district competitions, were evaluated on their firefighting skills, first aid response, use of emergency equipment and decision-making ability under stress in a simulated underground environment at the South Windsor Recreation Centre.

Mine rescue team members, the backbone of Ontario Mine Rescue, are volunteer mine workers trained by Mine Rescue Officer-Consultants to respond to all types of mine emergencies including fires, explosions and falls of ground.

During the exercise five-member teams had to extinguished two fires and restore ventilation to the mine by building a bulkhead and turning on a fan. They also had to bring two miners, isolated underground because of the fires, to the surface. One was suffering burns. These rescues were conducted “under oxygen” (using self-contained rebreathing apparatus).

Ontario Mine Rescue is a part of Workplace Safety North, which provides products and services to promote workplace health and safety in the mining, forestry, and paper, printing and converting industries, as well as workplaces across northern Ontario.