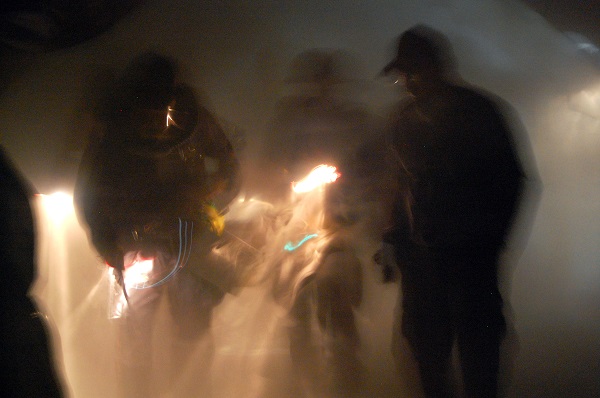 The first, a mine fire at the Alamos Gold Young-Davidson Mine not only tested the strength of the operation’s emergency response plan and its activation of Ontario Mine Rescue procedures, but demonstrated the importance of mutual aid, standardized training, and the leadership component of competition training.

The incident, which required mine rescue involvement for almost 11 hours, also illustrated the high level of commitment of mine rescue volunteers from multiple mines, most of whom were enjoying Father’s Day with their families, but promptly responded when called to action. Alamos emergency procedures were efficient at protecting the 85 workers underground, establishing a management control group, and activating Ontario Mine Rescue procedure. The control group quickly recognized the need for additional resources, and issued a mutual aid call.

Kirkland Lake District mines had earlier recognized the need for mutual aid and prepared for it, not only by negotiating an agreement, but by holding cross-training opportunities.

During the incident, teams were kept busy. They first protected and removed an ill miner from a fresh air tent in a contaminated environment, before assessing and extinguishing the fire with aqueous film-forming foram; and then were re-directed to protect and remove another ill miner from a second fresh air tent, also in a contaminated environment.

On an ongoing basis they monitored the fire site; re-applied the foam and extinguished the fire when it re-kindled; checked and cleared personnel from the mine below the 9800 Level; checked and reset fans on 6 Level; and evacuated the rest of the mine.

Teams spent a total of more than 10 hours under oxygen. Both casualties were treated for smoke inhalation at hospital, but were otherwise uninjured.

Meanwhile, an incident at Primero’s Black Fox Mine further demonstrated the importance of the leadership component of competition training. A worker was pinned by loose that had fallen from the back, but within 15 minutes of a radio call for help by his partner, he was rescued – his partner dug him out and dragged him to safety – and received first aid.

The critical injury incident did not require mine operations to stop or OMR procedures to be activated. Nonetheless, four trained mine rescuers, including the captain and two team members of Primero’s 2016 competition team, responded to the radio call, as did a supervisor and two other miners.

Their training kicked in as the “unofficial” rescue team under their own direction used a first aid kit and a basket from a nearby refuge station. They treated the casualty’s suspected broken vertebrae and lacerations to hands and face, and used a cervical collar and backboard to prepare him for transport.

Only 45 minutes after arriving at the scene, the casualty was brought to surface using an underground personnel carrier and then taken to emergency medical services.

Both incidents underline that valuable lessons learned are well worth remembering.