Ontario Mine Rescue goes to university

While thousands of new and returning university students enjoying Frosh Week crowded the streets of Queen’s University in Kingston, a handful of mining engineering students started class early by taking the Introductory Mine Rescue Course for Students. 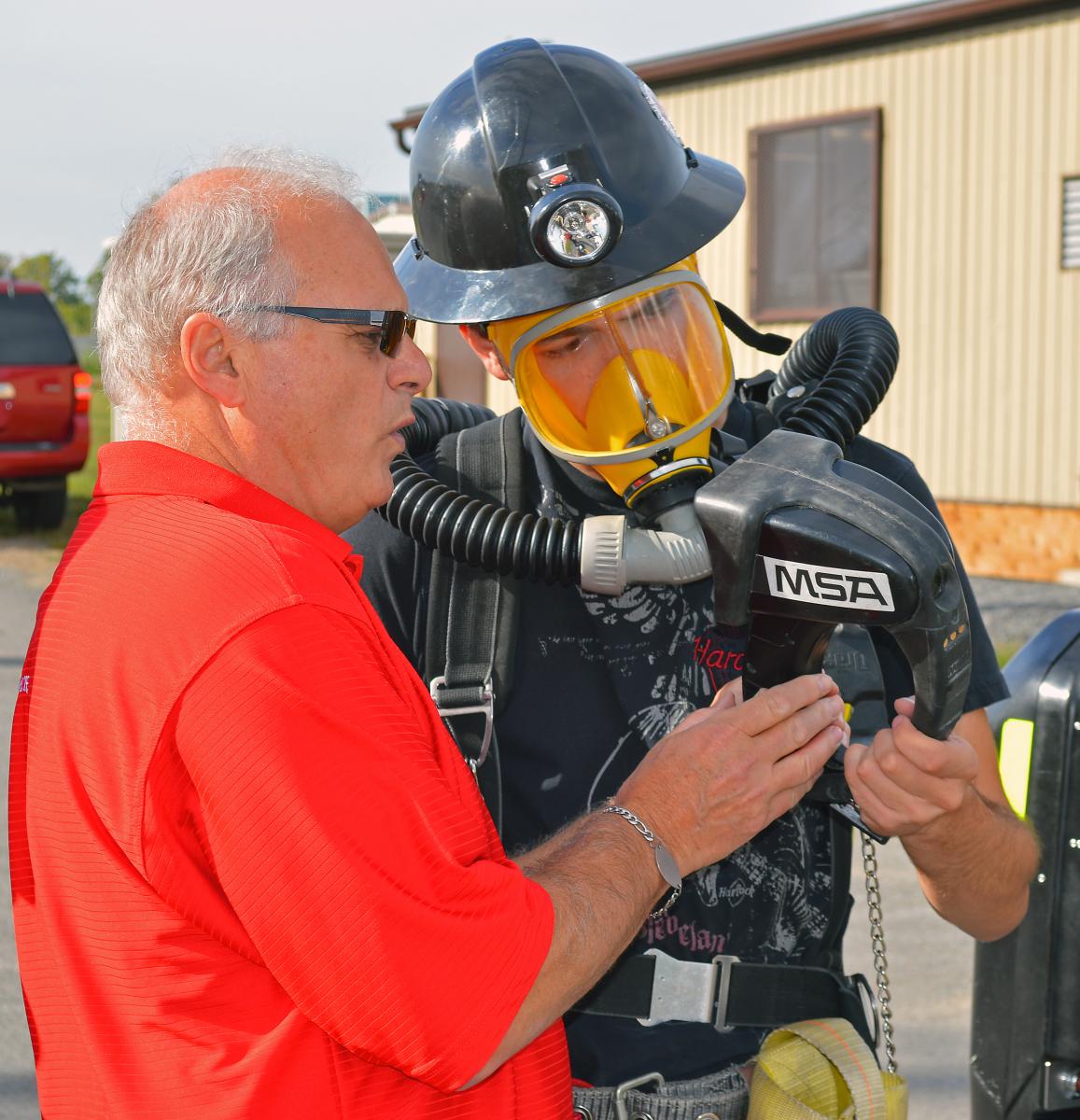 “I jumped at the opportunity,” said Chris Zegarac, one of the few students familiar with mine rescue before attending the course. “I first got into mine rescue last year in Kirkland Lake” while on a job placement, said the student, who found the experience eye-opening.

“Safety is a big part of mining and I wanted to see the practical side of it,” said student Harman Khosa, echoing other students, explaining their motivation to be in class learning to disassemble and assemble a BG4 breathing apparatus rather than outside celebrating.

The nine students, most in their fourth year, taking the course covered the same material and used the same equipment as new mine rescue volunteers taking the Introductory course, though in a slightly compressed week. They learned about the MX6 multi-gas monitor, standard equipment, mine rescue procedures and more.

They also went under oxygen and experience a smoke-filled environment, created for Queen’s students at the Kingston Fire and Rescue’s Fire Training Facility. They had to search a large empty room to find a missing “miner” and load the body into a stretcher.

Most found the experience of walking blind in smoke unsettling.

“It was difficult to think through getting out” of the smoke once the miner was recovered, said Erin Murphy, one of two female students in the course.

Ontario Mine Rescue has trained students for more than 30 years beginning with an arrangement with the former Haileybury School of Mines. Mine Rescue Officer Wally Adler has visited Queen's annually for about 10 years to instruct students, while students from Laurentian University and Cambrian College attend courses at the Sudbury Mine Rescue Station.

The course does not count for credit to their degrees, but “I think it would look good on a resume,” said Sandy Archer.

“I think it [mine rescue] is an integral part of mining, something you don’t normally hear about,” said graduate student Denver Cowan, but something everyone working in the industry should be at least aware of.