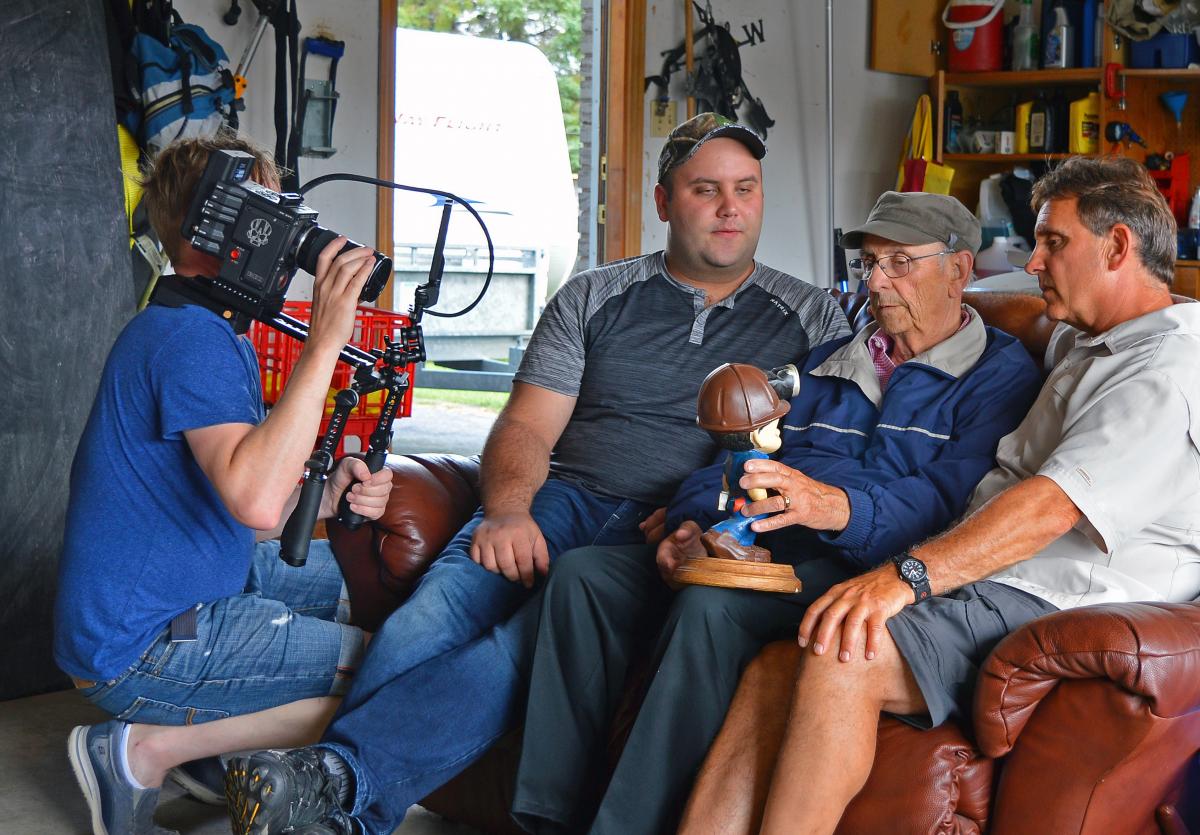 Ontario Mine Rescue volunteers and their families are playing a starring role in a video series, Drägerman Stories, produced and released by Dräger Safety.

Videos featuring the multi-generational mine rescue Boutet family - Mike, Ron and Aaron, Simone Hensher, brothers Joe and Pete Joliat, and Glen Duffy have been released. Videos featuring Jim Lundrigan, former Mine Rescue Officer John Hagan, and father/son Bryan and Justin Wilson are to be released in this month.

Ron Boutet, whose father Mike and son Aaron appear with him, said the family was delighted and honoured to be asked to participate. The trio was filmed last summer at the family’s Sudbury area home, Fraser Mine where all three once worked, and the Onaping Mine Rescue Station.

“This is certainly special for us,” said Ron, who like Mike is a retired Mine Rescue volunteer. Grandson and son, Aaron is a current volunteer. The three-generation OMR family was profiled in the Winter 2014 Link Line.

“Not just for us as a family, but to help represent (Ontario) Mine Rescue, and mine rescuers,” he said.

Most of the participants responded to an email from Chief Mine Rescue Officer Shawn Rideout seeking Mine Rescue volunteers with multiple generations or multiple family members involved in mine rescue in Ontario or elsewhere.

Many more volunteers responded, and many were contacted by Dräger, which faced time, travel and other constraints in selecting mine rescuers to include in the series, filmed over one week spent in Sudbury and Timmins.

The first two-minute teaser trailer for the video campaign was played at the International Mines Rescue Body conference in Moscow in September. Videos have been released weekly since mid-January.