Retirement notes from the underground 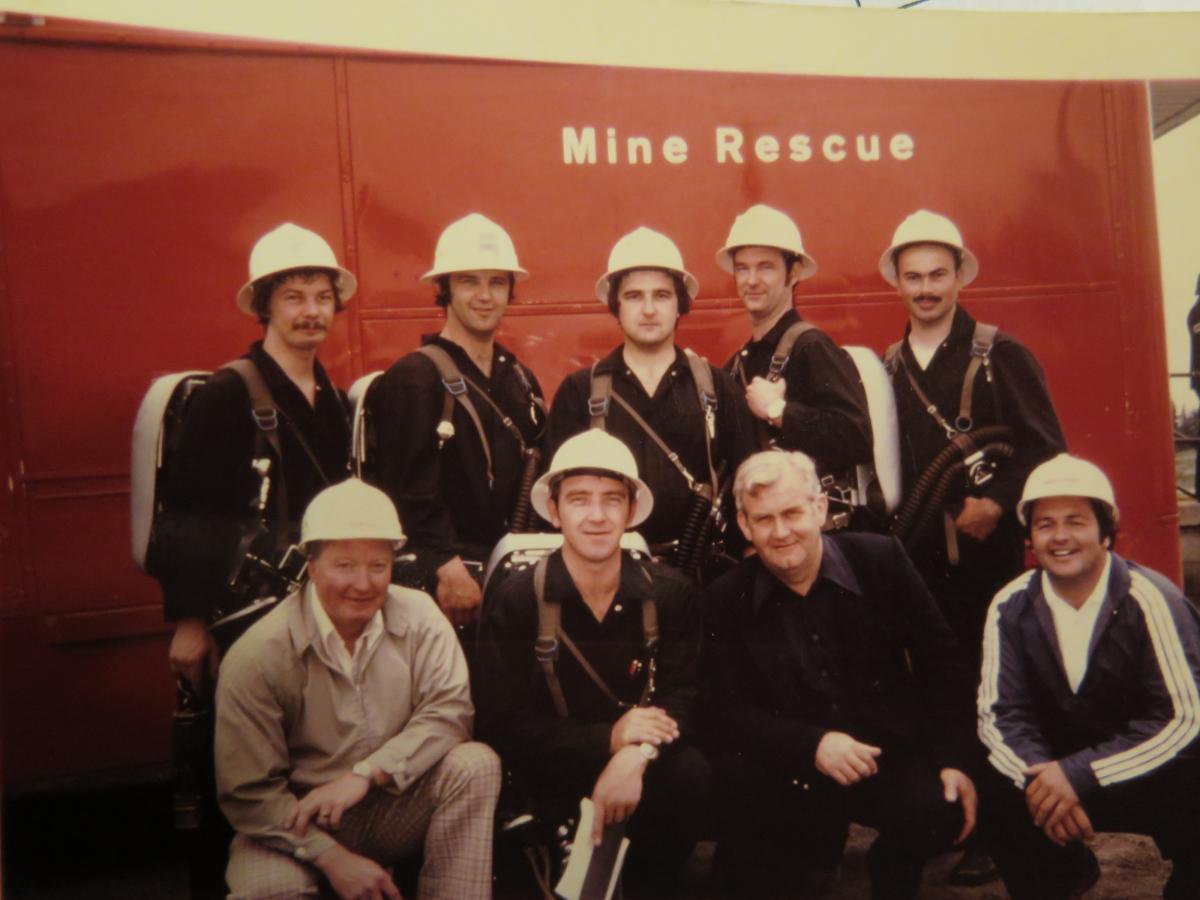 Only those who have toiled deep below the earth’s surface understand the unique calling of the mine rescue volunteer -- although that might change with the recent release of the feature film “33,” a survival drama based on the 2010 Chilean mining disaster when 33 miners were trapped inside a mine for more than two months.

When emergencies like an underground rockburst or fire occur, you can’t simply dial 911. First responders like firefighters, police officers and paramedics are not equipped to deal with many of the logistics involved with mine rescue, such as travelling hundreds or thousands of feet below the earth’s surface to conduct search and rescue “under oxygen,” monitoring for dangerous gases and seismic activity, as well as specialized rescue techniques for situations involving high-angle or confined spaces.

From 2001 to 2015, Alex Gryska worked as General Manager of Ontario Mine Rescue (OMR), an organization founded in 1929 as a result of a fire at the Hollinger Mine in Timmins. Since that time, OMR has trained and equipped thousands of volunteers who have fought fires, rescued injured personnel, and responded to an average of 24 to 35 incidents a year in approximately 40 provincial mines. Under authority of the Occupational Health and Safety Act, and as part of Workplace Safety North, OMR is headquartered in Sudbury and staffs, equips and maintains a network of eight mine rescue stations across the province to ensure mines have adequate emergency response capability.

On the occasion of his retirement, Gryska looks back at the decades of evolution at the organization. Early in his mining career at Kerr Addison and Macassa mines in northern Ontario, Gryska was first involved in mine rescue in 1975 as a volunteer responder. When he moved to the Ministry of Labour, he continued his involvement as a volunteer by helping out with mine rescue competitions. From the Ministry, he moved on to become Director of Ontario’s Mines and Aggregates Safety and Health Association (MASHA).“When I first came onboard with Workplace Safety North, at the time it was MASHA, I didn’t really know what I was getting into, but I had such a passion for mine rescue, so I said, ‘Well, what the heck!’ and threw my name in the hat,” he laughs.

Learning from the global mine rescue community 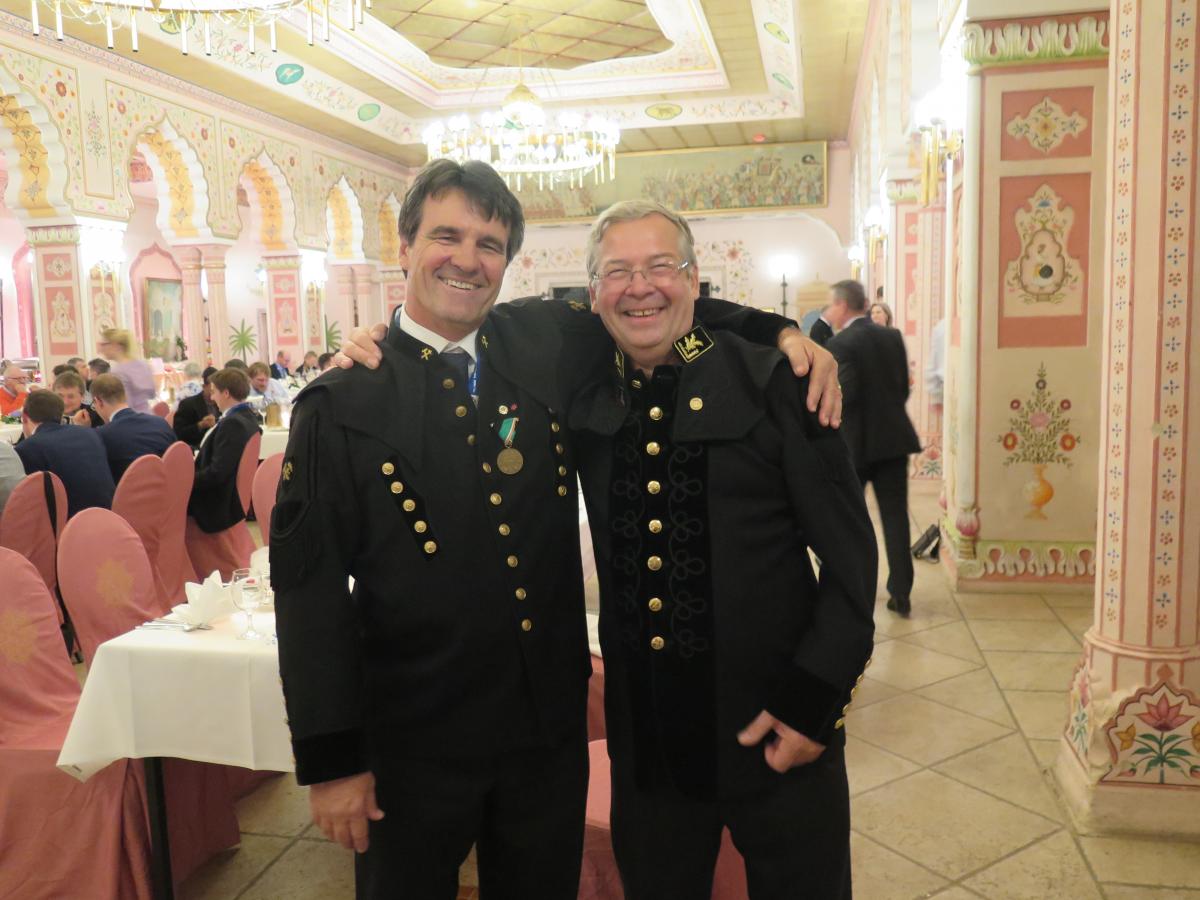 As a Canadian representative in the global mine rescue community, Gryska learned a great deal from other mine rescue organizations, particularly Australia, Africa and Poland. “The first time I travelled abroad to represent Ontario Mine Rescue, I really thought that we were the best in the world in every respect. I was humbled very quickly when I started meeting up with people from other jurisdictions, and saw some of the things they were doing. Don’t get me wrong, we were good, but there was room for improvement, so I quickly realized, ‘Okay, I’m in learning mode, not in teaching mode.’” During that time, Gryska spent a great deal of time meeting with people from other jurisdictions, learning how they operated, and adapting the most relevant items to the Ontario mine rescue program.

“All we had at the time was our mine rescue handbook,” says Gryska. “Other jurisdictions had training support materials like leaders’ guides, participants’ manuals, competency checklists and things like that…the communications piece was missing, So I took some of the ideas and brought them back to Ontario.”

Gryska helped develop the expertise and specialization for which the Ontario mine rescue program is known. “One of the things I think we did really well, and it just came by chance, was expanding the OMR program to provide additional services other than for the underground environment.

“One example is emergency services. Shawn Kirwan has HAZMAT [hazardous materials] response experience and would go all over Canada whenever there was a spill...and be gone for weeks on end. Years later, when we had clients come to us asking for help with HAZMAT, structural firefighting, high angle rescue, confined space rescue – it was a perfect fit with Shawn’s tremendous expertise.

“The Newfoundland and Labrador government hired Ontario Mine Rescue to assist in developing a program for sustainable underground emergency response capability. Along the way, clients would quickly realize Shawn’s expertise was far greater than underground mine rescue and we were able to help them develop their high angle and fall arrest training program. That has helped us here in Ontario. We already had three years of experience in Newfoundland before Ontario started to go down that same road [legislated working-at-heights safety training], we were able to tap into that experience in order to help Ontario develop the fall rescue program we have today.”

“After we did similar work in Finland, and then in Turkey, IMRB [International Mines Rescue Body] opened the door to the point where we were doing work in other jurisdictions across Canada and around the world. To see people from other jurisdictions come to us and recognize the expertise that we had was really rewarding.

“We have information that can help nations just starting to get involved with mine rescue. We can help them along tremendously. Rather than have them start from ground zero, they’re halfway up the ladder to where they need to go. It’s really a wonderful feeling.”

After testifying at the Elliot Lake Inquiry into the collapse of the Elliot Lake Mall, Gryska hopes OMR moves forward with establishing a link with Ontario’s Heavy Urban Search and Rescue (HUSAR). “The potential of establishing links with Urban Search and Rescue is really great. I’ve spoken to my colleagues in the U.K. [United Kingdom] and they had an incident that happened in an abandoned mine several years ago and basically encountered the same kind of stuff we did: the inability to respond. There were three or four people who lost their lives. There was an inquiry, which resulted in various recommendations. One of the recommendations was partnership between the U.K. mine rescue service people and the urban search and rescue, and now they work hand in glove. For some reason, we haven’t reached that yet in Ontario. I think we will. I think it’s going to happen, but somebody has to drive it. We did our outreach, but with recent retirements on both sides, we might need a new driver.”

From provincial retirement to international mine rescue ambassador

“It’s funny because Chile wants to host after that and they want me to mentor them. I told them, no matter what – whether I actually go or not – I’m going to help mentor them along in order to ensure their success.”

So, the next time you read about a mine rescue emergency – whether in Chile, Turkey, or Canada – remember these brave men and women of mine rescue “under oxygen” and bringing their firefighting, first aid, and high-angle rescue expertise to high-risk situations. This type of volunteer dedication is well beyond most people’s average workday. Although retired now, Alex Gryska continues his passion for mine rescue as unofficial Canadian mine rescue ambassador, travelling the globe to share Canadian expertise and goodwill by lending a helping hand to other countries and mining safety organizations.