Taming the deadliest professions of the Ontario wilderness 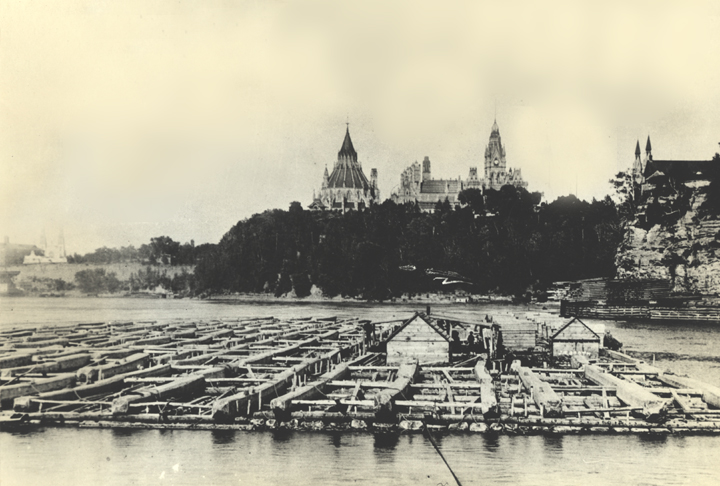 The history of the forestry, pulp and paper industry in Ontario is older than the province itself. Only the fur trade reaches farther back into the settlement and growth of what was once called Upper Canada. In many ways, the story of the cutting, harvesting and processing of wood is the story of Ontario.

In the 19th century, at the dawn of the industrial revolution, workers endured gruelling physical labour and dangerous working conditions in workplaces such as factories, mines, railways and forests. Death and injury were an accepted part of the job if it meant the promise of better lives for workers’ families. 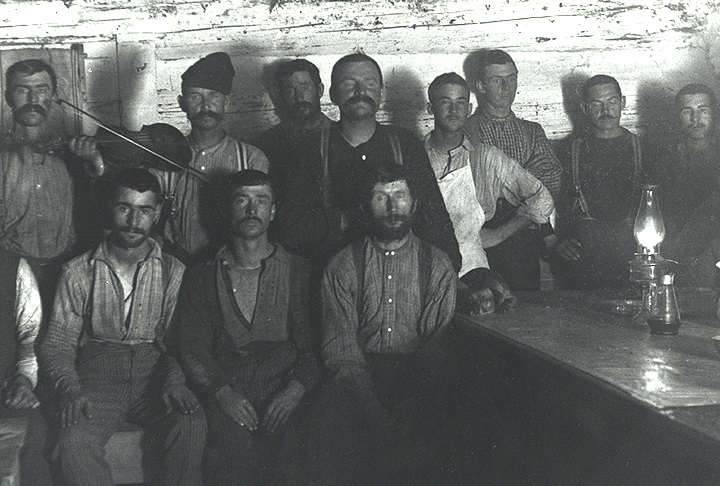 By the early 1900s, industrial expansion was reaching a peak and an alarming number of deaths and injuries were occurring in Canada’s workplaces. A 1915 Maclean’s magazine article notes approximately 40 to 50 workers were injured daily, and five workers were killed every week in Ontario.

The new Workmen’s Compensation Act became law on January 1, 1915, and provided for compensation to injured workmen deprived of earnings due to a workplace injury. Although not all employers were covered, it was a triumph that government, industry, and labour, all agreed to the mutual acceptance of legitimate claims without need for litigation. A lumber company worker in Kearney, Ontario, suffered an injury to his hand that very day and the worker was the first recipient of benefits under the new law.

One section of the Act wisely allowed employers within the various premium rate groups to band together to form associations for the prevention of industrial accidents. Executives quickly seized the opportunity to apply their industry expertise to better protect workers and control accident costs. 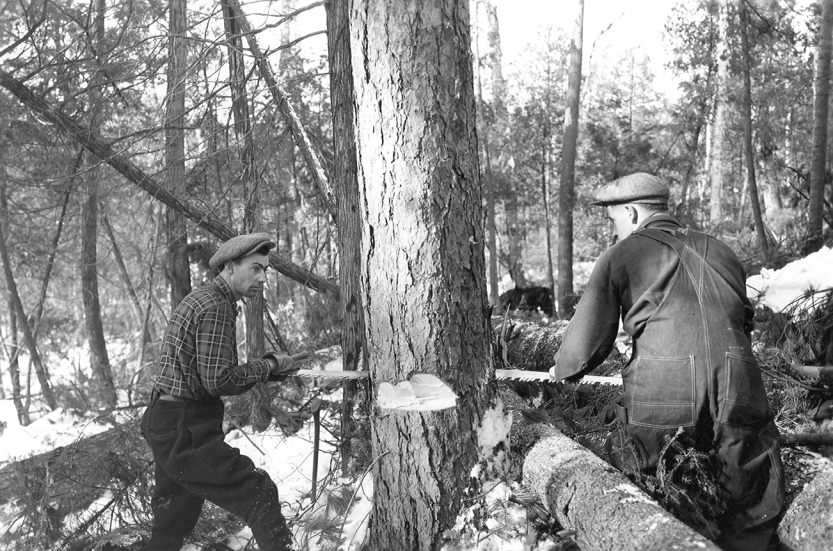 On February 4, 1915, the Workmen’s Compensation Act was less than five weeks old and an Ottawa-based group called the Lumbermen’s Safety Association – precursor to Forest Products Accident Prevention Association (FPAPA), Ontario Forestry Safe Workplace Association (OFSWA), and Workplace Safety North (WSN) – was granted its charter under the Act on that day.

The premium rates companies paid were based on the likelihood of injury in that industry. Because of the high risk of injury in forestry work, and the severity of the injuries when they happened, forestry firms paid the highest premium rate in the province for many years. 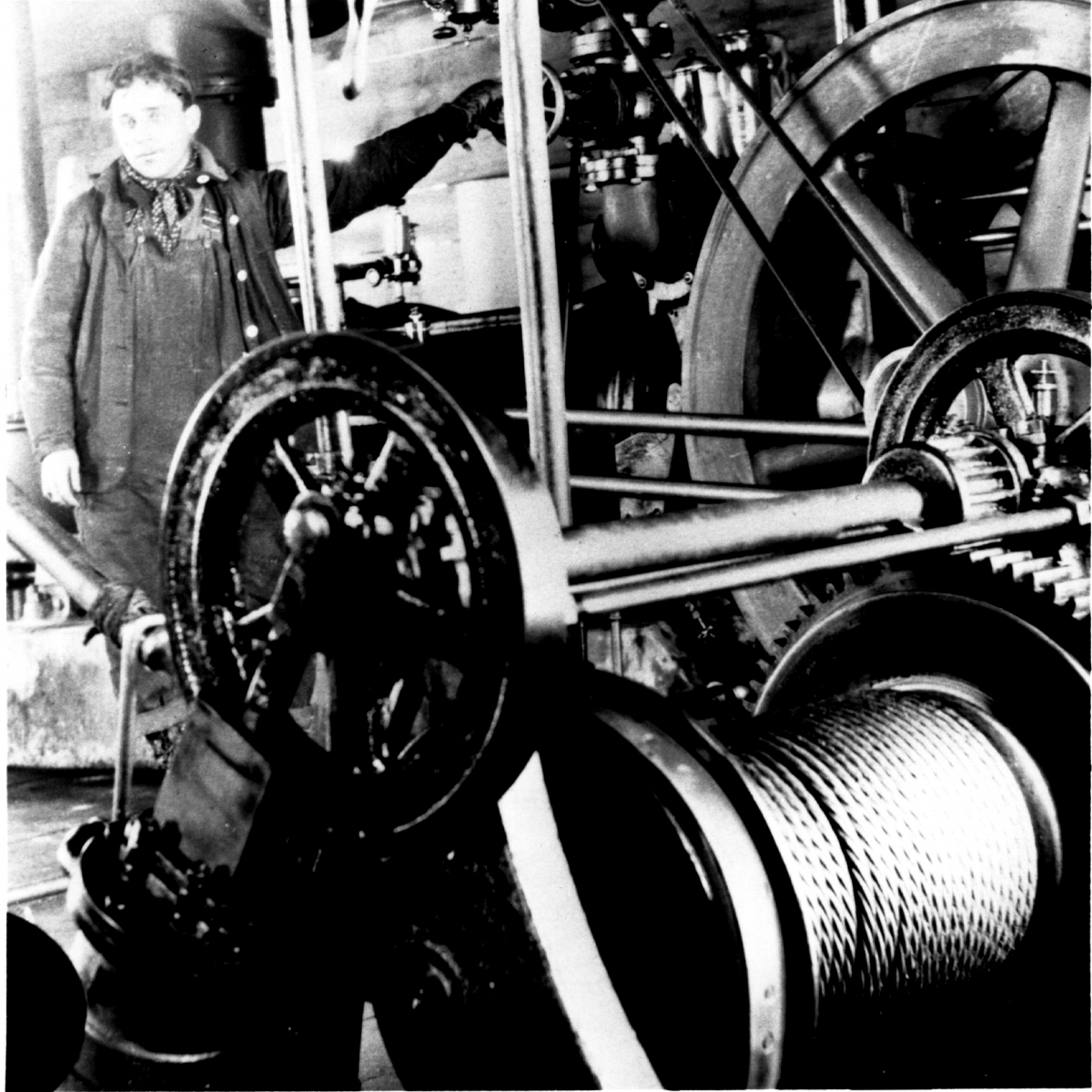 The general situation in Ontario workplaces was grim in the early days. From 1915 through 1928 – the first 14 years of the Workmen’s Compensation system – 4,737 workers lost their lives on the job in Ontario.

In 1930 there were 574 work-related deaths in Ontario, including 56 forestry fatalities. That was a 30 per cent improvement over the 83 lives that were lost in Ontario’s forest industries in the previous year. 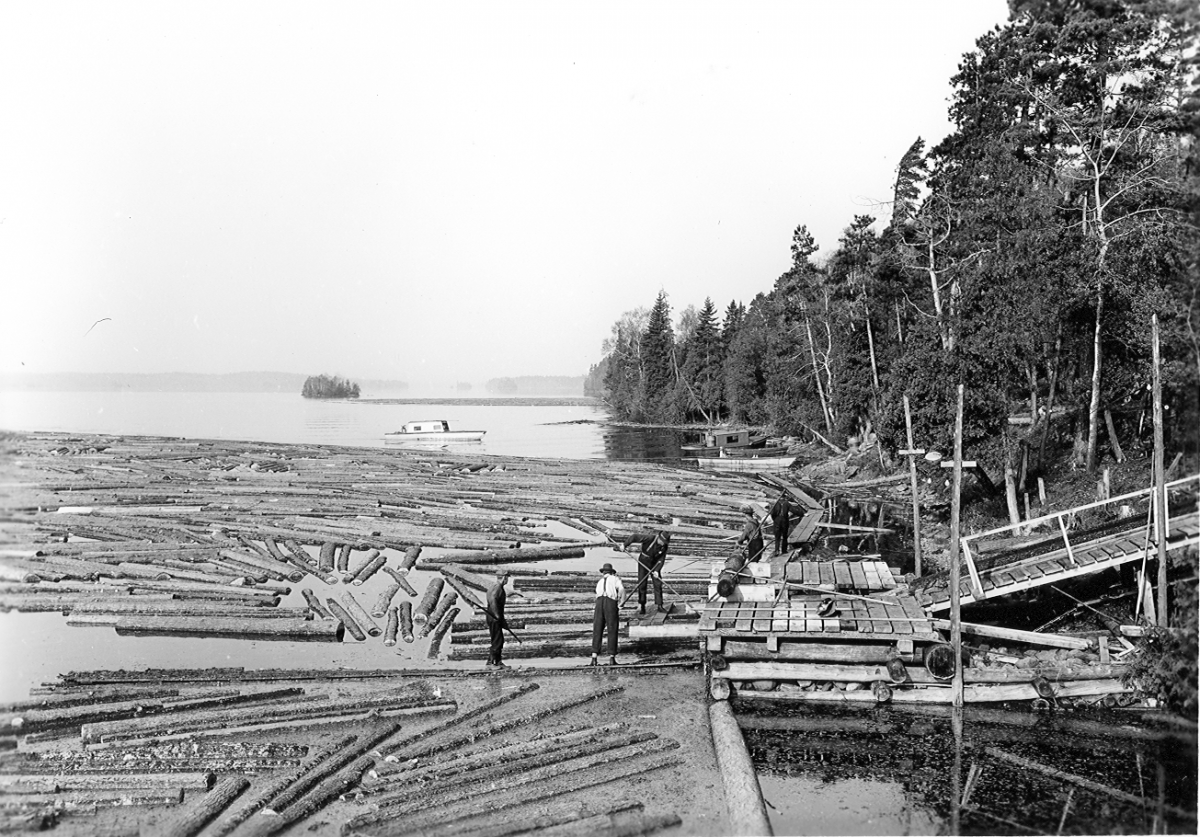 Up until the 1950s, the traditional image of the lumberjack wielding his axe in the snow-covered forest was an accurate depiction of a logger. For more than a century, men were hired each autumn and sent out to lumber camps in the bush, where they spent the winter felling trees and sawing logs. The logs were hauled by horse-drawn sleighs to the nearest waterway to await the spring break-up and log drive to sawmills downstream.

River driving was the most exciting part of logging in the early days – and the most deadly. One terrible spring in the days before the Workmen’s Compensation Act, 130 men died on the various tributaries of the Ottawa River. Drivers were buried where they died, their graves marked by crude wooden crosses and their boots nailed to a nearby tree. Drowning was one of the two leading causes of death throughout the early decades of the industry. 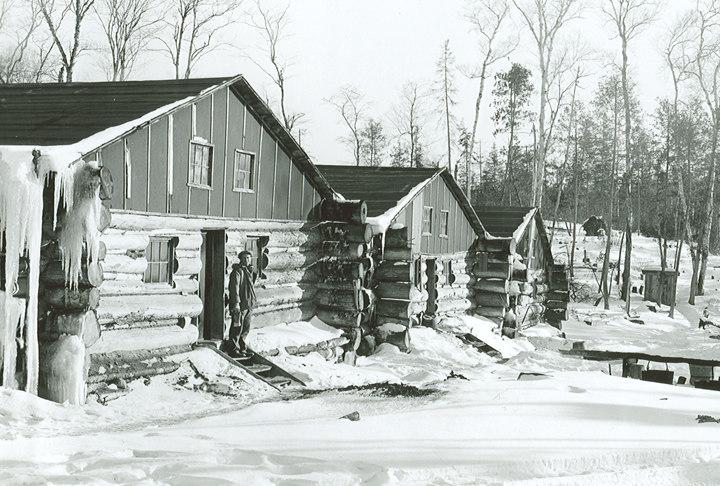 As late as 1946, when the number of loggers living in winter camps in Ontario reached a record high of 37,000, there were still many substandard camps. Earlier in the 1940s, when German prisoners of war became a source of forestry labour, the provincial department of health forced builders to design better camp facilities for the POWs than was generally available for regular bushworkers.

Because of high Workmen’s Compensation Board premiums and the expense of bringing doctors to remote locations or transporting injured workers to hospital, one study estimated that injuries added as much as 15 per cent to the total cost of harvesting the wood and delivering it to the mill. 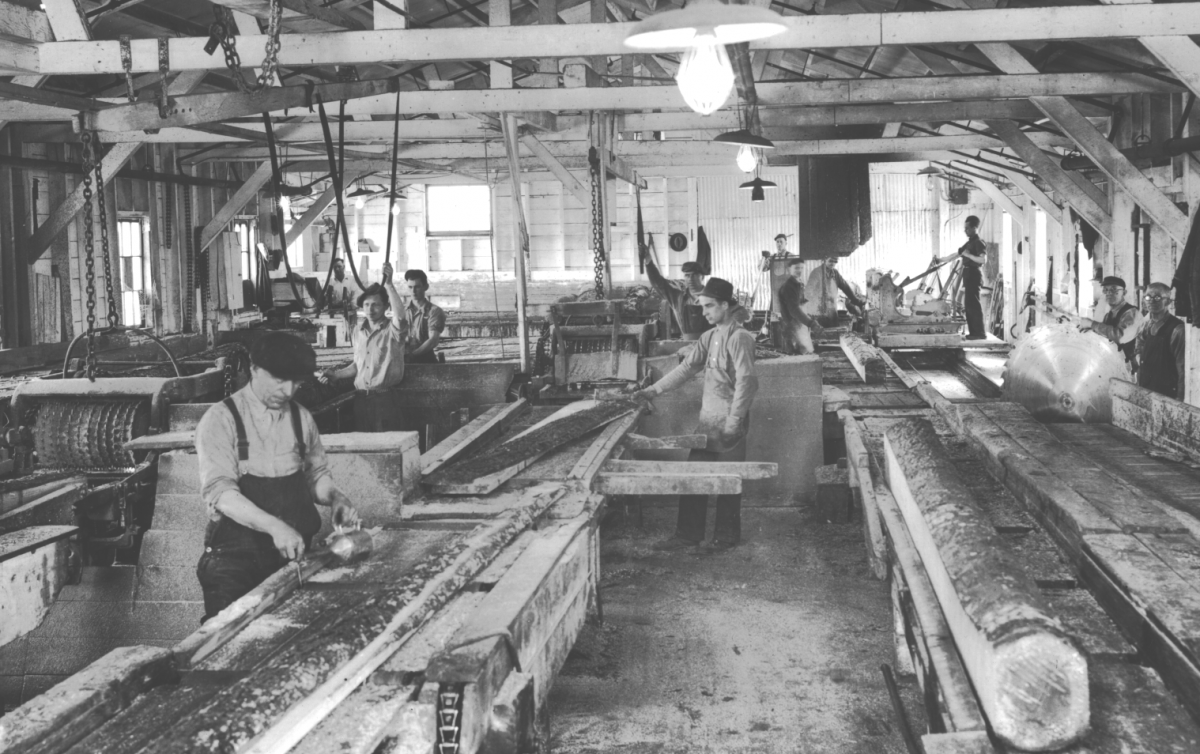 Although traditional logging practices such as the winter camp persisted into the middle of the twentieth century, technological change came much sooner to sawmills. Most of the mechanical innovations currently in place in sawmills were introduced two or more generations ago. Unfortunately, machine guarding didn’t keep pace with the machines themselves. Men routinely worked near giant exposed flywheels and saw blades. Hearing protection was rare or non-existent. Ontario forest industries filed more than 3,000 injury claims in 1938. 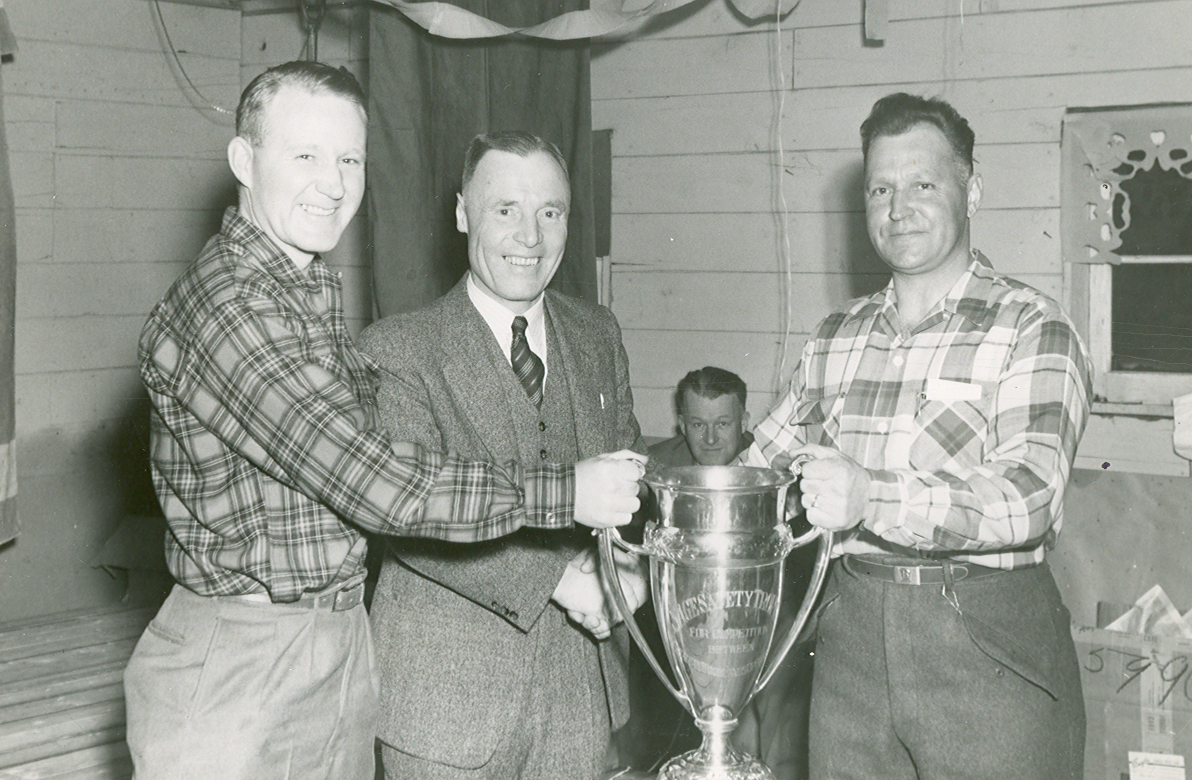 To better reflect the fact that the industries it served were involved in the processing end of forestry as well as cutting and harvesting, the Lumbermen’s Safety Association changed its name to the Forest Products Accident Prevention Association in 1962. The production of veneer, plywood and particleboard now represented a significant percentage of forestry jobs. The trend to bigger sawmills was back. The mills were increasingly automated, creating new challenges for workers and health and safety professionals.

Between 1950 and 1980, 491 forestry workers lost their lives on the job in Ontario. That’s an average of more than 16 fatalities per year. The annual total of work-related deaths in Ontario’s forest industries fell below 10 for the first time in1972, when eight fatalities were recorded. That same year, the Forest Products Accident Prevention Association moved its head office from Toronto to North Bay in order to be closer to most of the industries it served. 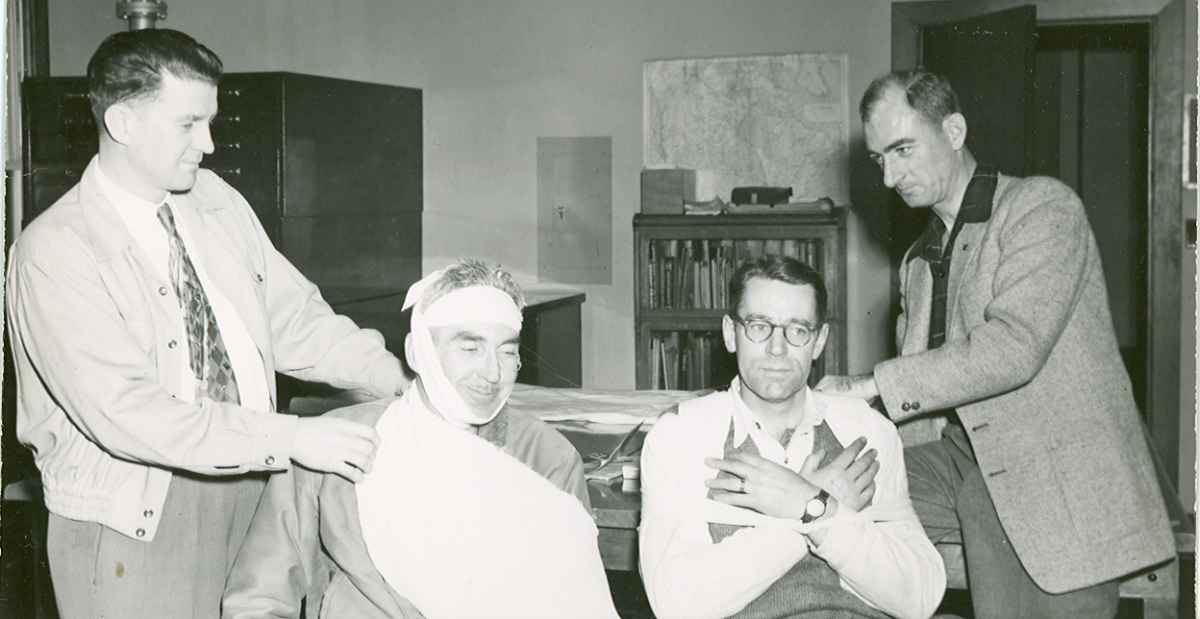 In 1964, a new Industrial Safety Act was passed as an aftermath to a disastrous accident that killed five workers at Hoggs Hollow. For the first time, the safety of the worker was its focus. Safety was defined as “freedom from injury to the body or freedom from damage to health.” Despite the focus on worker safety, workers were not given any opportunity to participate in developing or enforcing the law until 14 years later.

James Ham. The Ham Commission report, published in 1976, contained a series of recommendations to increase workers’ knowledge and experience of health and safety in the workplace. Most notably, Ham introduced the Internal Responsibility System (IRS). The institution of the Joint Health and Safety Committee (JHSC) was the cornerstone of the IRS. 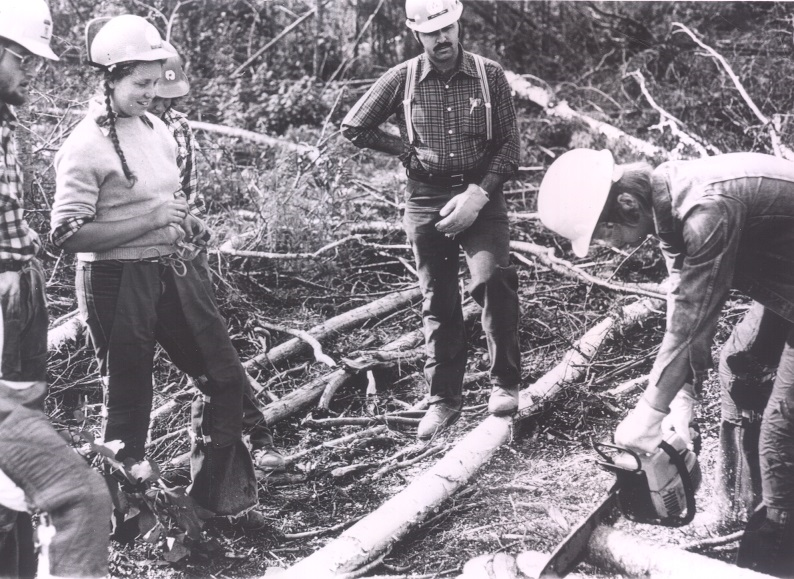 Thus, the Act gave workers a voice in how occupational health and safety (OHS) is approached in the workplace. It established a comprehensive set of legislative requirements for workers and workplaces in Ontario. Since then, provisions have been added in the form of Regulations, but the Act itself was not amended until 1990.

By the mid-1980s, with job-related death and injury rates still increasing, it was apparent that more changes were needed. The principles of this legislation included strengthened partnerships between employers and workers, and expanded responsibilities for the Joint Health and Safety Committee (JHSC). A requirement for certified members on the JHSC was also introduced. Currently, at least two members of the JHSC (one employer representative and one worker representative) must have completed approved Basic Certification Training. 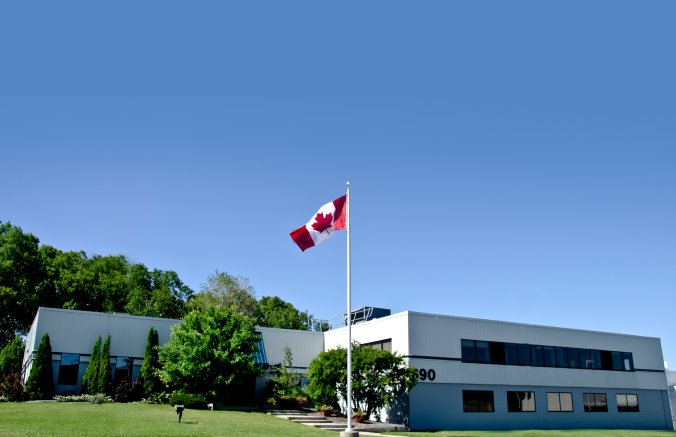 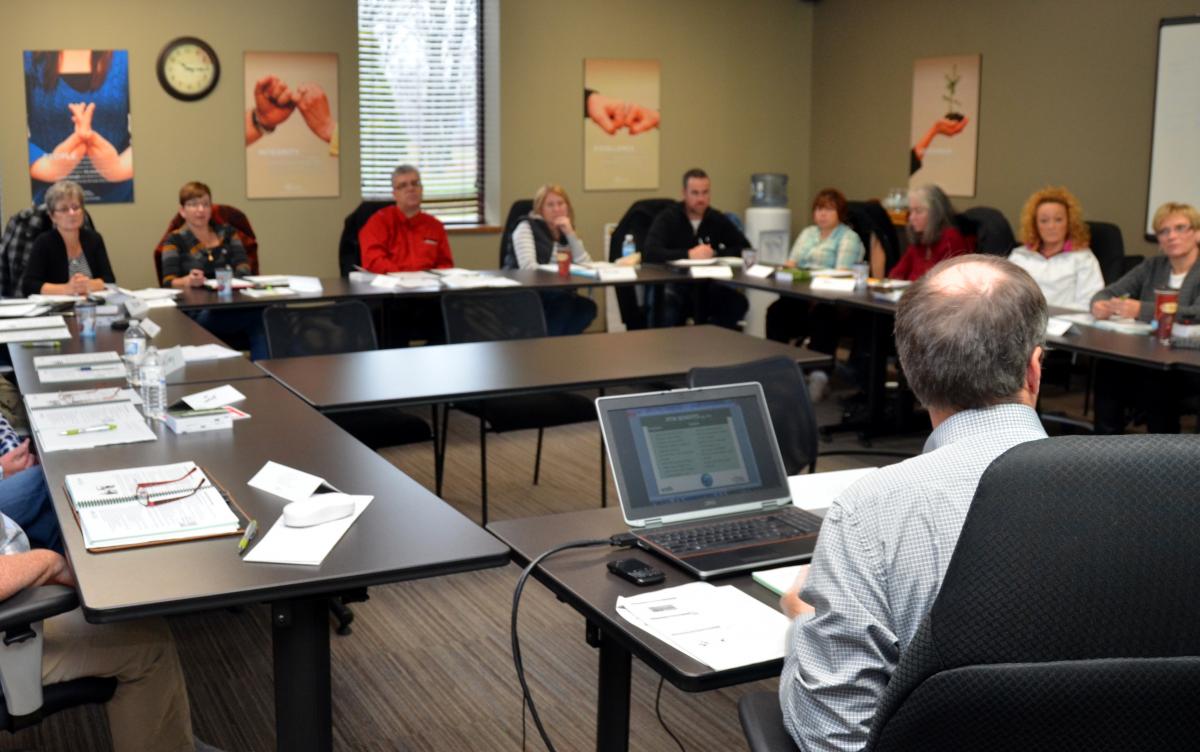 On July 1, the new law enforcing mandatory health and safety awareness training for Ontario workers came into effect. Designed especially to help vulnerable young and new workers, recent immigrants, and others often unaware of their basic workplace rights and responsibilities, the training provides basic information about occupational health and safety rights and duties under the law.

2015 and beyond: Occupational Health and Safety Legislation in Ontario

Falls from heights continue to be a significant hazard, leading to injuries and deaths of workers in all sectors – particularly in the course of construction activity. In 2015, a new Working at Heights Training Program Standard will come into effect April 1.

Whatever the next 100 years may bring, the mission remains the same: every worker returning home at the end of each workday – safe and healthy. 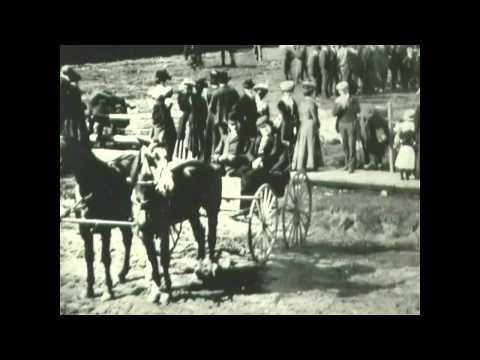 For this half hour documentary about the logging history in northwestern Ontario, Canada, Mr Foley spent two years gathering photos and old film footage for this project.