History
Technical Advisory Committee
About Ontario Mine Rescue: Every Canadian province and territory has its own specific legislation that addresses mine rescue requirements. In Ontario, the law requires that every underground mine establish and maintain a mine rescue program. Each underground mining operation is required to also establish and maintain a detailed emergency response plan.
Ontario Mine Rescue (OMR), a part of Workplace Safety North (WSN), operates under the authority of the Occupational Health and Safety Act. Headquartered in Sudbury, OMR staffs, equips, and maintains a network of mine rescue stations across the province that ensure mines within a specified geographic area have adequate emergency response capability.
Ontario Mine Rescue has trained and equipped thousands of volunteers who have fought fires, rescued injured personnel, and responded professionally to a wide variety of incidents in provincial mines over the past eight decades.
The role of OMR is to deliver training to first responders, provide consultations, conduct periodic audits, ensure WSN-owned equipment is maintained to manufacturers’ recommended standards, and provide advice during mine emergencies.
Since its creation in 1929, OMR has established a reputation for high standards in training, equipment, and emergency response, as well as in the development of safe, effective mine rescue practices. OMR has served as a role model for the establishment of training and safety programs for mine rescue organizations in other provinces and countries.
WSN maintains a Mine Rescue Technical Advisory Committee made up of industry volunteers to provide advice and guidance. Under its leadership, OMR remains committed to continual improvement, ensuring industry mine rescue needs are met.

Ontario Mine Rescue was born out of the tragedy of the Hollinger Mine fire that claimed the lives of 39 miners in Timmins in 1928. Neither the mine, the town or even the province had the expertise or the resources to respond to save their lives or adequately fight the fire. Mine rescue teams from Pittsburgh had to be called in to extinguish the fire, while recovery operations were left to local mine management.
The resulting provincial royal commission recommended the creation of an Ontario Mine Rescue organization under the Department of Mines to respond to underground mine fires. Over the past 90 years, Ontario Mine Rescue has evolved as lessons learned from mine rescue operations provided valuable insight for future endeavours.
The 1947 East Malartic Fire marked a major turning point for Ontario Mine Rescue as teams from Timmins, Kirkland Lake, and Sudbury responded to a call to help fight a mine fire in Malartic, Que. It was the first and only time Ontario Mine Rescue teams responded to an out-of-province emergency. While working together, it became evident each district had different training and maintenance standards. As a result, the position of Senior Mine Rescue Officer was created to ensure province-wide standards in mine rescue training and equipment maintenance were established and maintained. 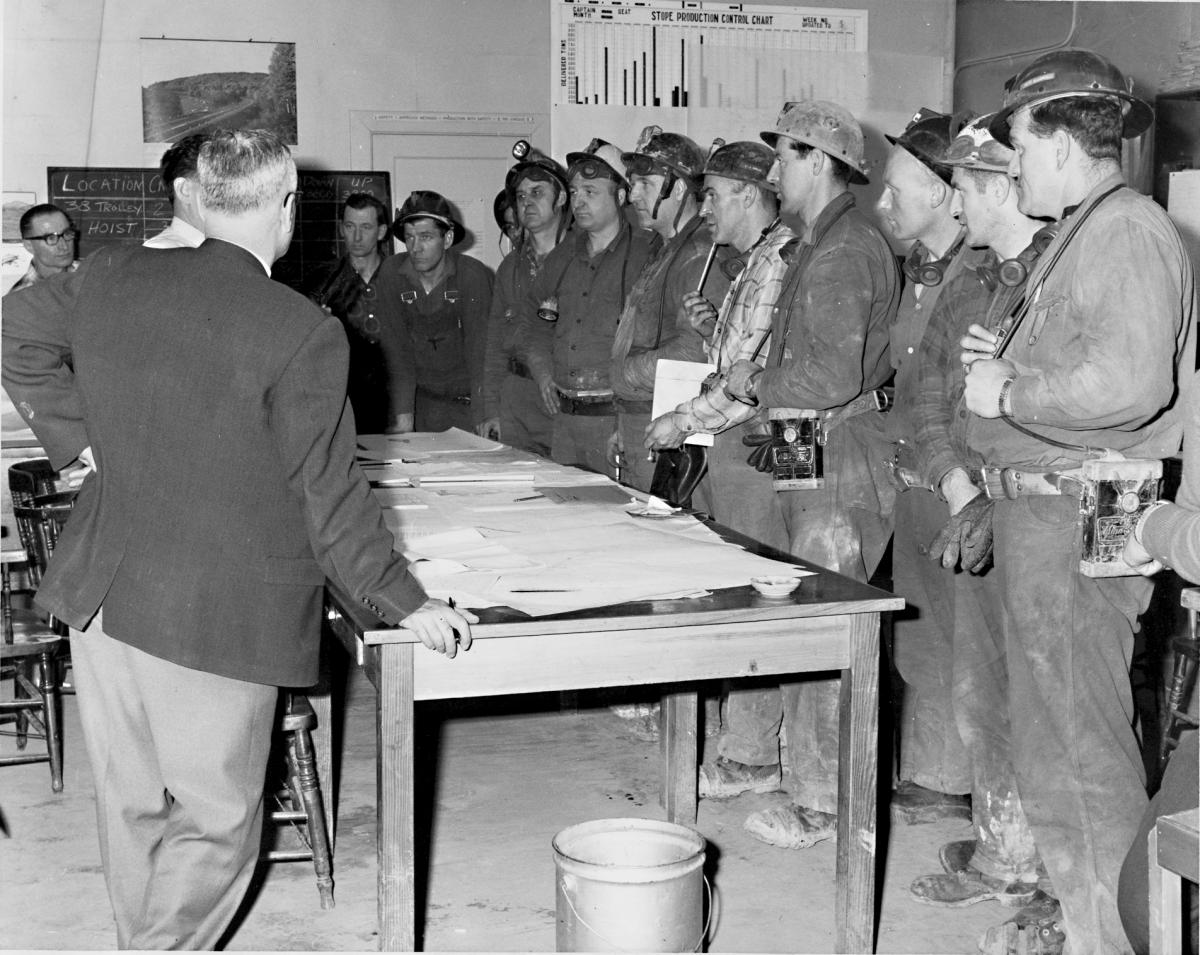 In 1965 another mine fire in Timmins, this one at the McIntyre Mine, forced the organization to make another change. The underground distance rescue teams had to travel to reach the fire was so great that the two-hour McCaa apparatus was not sufficient to allow them time to fight the fire. In 1966, after investigating and testing different apparatus, the BG174 was purchased to allow for a four-hour capability. The BG174 proved a workhorse for almost 40 years before it was replaced by the BG4.
Ontario Mine Rescue took on added responsibility in 1984 after four miners were trapped and killed in a rockburst at Falconbridge No. 5 Shaft near Sudbury. The Stevenson Commission recommended that the organization's mandate be expanded to conduct training in and respond to non-fire emergencies. Training on non-fire rescue equipment began shortly after.
In January 2001, responsibility for Ontario Mine Rescue was transferred to the Mines and Aggregates Safety and Health Association, now a part of Workplace Safety North (WSN). The program was modernized with state-of-the-art equipment including the Drager BG4 self-contained breathing apparatus. Standardized competency-based training programs were developed to ensure consistent delivery of information to mine rescue teams across the province.
These and other developments have made Ontario Mine Rescue a role model for the establishment of training and safety programs for mine rescue organizations in other provinces and countries.
For more information, the historical, hardcover book Under Oxygen celebrates 75 years of mine rescue in Ontario; while The Link Line celebrated our 90th Anniversary with a pictorial history.

The WSN Mine Rescue Technical Advisory Committee (TAC) provides advice and guidance. The TAC meets four times a year and is comprised of industry volunteers with experience and expertise in mine rescue.
Terms of Reference

The Mine Rescue Technical Advisory Committee promotes the continual improvement of emergency preparedness of Ontario mines by: